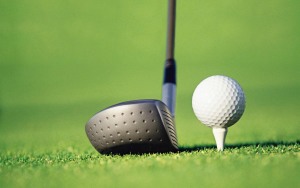 Chet died August 20, 2019 at Scripps Memorial Hospital LaJolla surrounded by his family.  He was born May 6, 1936 to Chester Clark and Lucile Dubose Dobson in Ogden, Utah. Chet grew up as the eldest son of deaf parents and lived in Washington, DC and had strong life-long connections to his mother’s family in South Carolina.  He made extra money working as a caddy at the Congressional Country Club in Bethesda, MD.  Chet served his country and was a veteran of the United States Army and then put himself through college working nights for Eastern Airlines where he met and married Pat Humphreys. Chet graduated from the University of Maryland with a degree in Chemical Engineering.  He possessed a strong work ethic and was a true company man working for Procter and Gamble for 31 years, retiring to California in 1990.  After his wife, Pat’s death in 2001, he was lucky to find and fall in love a second time with Julie Douglass, they married in 2003 and traveled the world together laughing and dancing the whole way.

Chet loved to dance, was a skilled bridge player and in his later years developed a passion for playing golf.  He was a realist and not overly sentimental but loved his family fiercely and will be remembered as having wonderful qualities of humor, cheerfulness, kindness and intelligence.

Memorials may be made to the Sardinia Presbyterian Church Cemetery Fund, 1386 Garland Rd. New Zion, SC 29111.

To send flowers to the family or plant a tree in memory of Chester "Chet" Clark Dobson Jr., please visit our floral store.