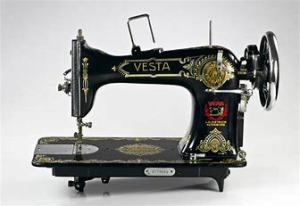 Janie was the widow of Alonzo C. Meredith, U.S. Air Force retired. She was happy to be a mother and grandmother. She enjoyed sewing, crocheting, embroidering, beadwork, home decorating, and painting. She loved to bake. She enjoyed gardening vegetables and flowers.

Janie was born and raised on a small family farm in north central Louisiana. Motherless at age two and fatherless at age 7, Janie was raised by an older sister and her husband. The four sisters and brother worked hard during the Depression years. Faith was a strong tradition in her family. A great-grandfather was the missionary circuit preacher who founded the first Baptist churches in the area. Even in the 1920’s and 1930’s the preacher came only once or twice a month. In between preacher Sundays, congregation leaders like Janie’s father kept worship services going.

After graduating from high school in 1939, Janie went to Shreveport where she found employment and later married. Throughout her life God watched over Janie by giving her family and friends who helped along the way. When her first marriage failed, Janie returned to the farm with Dianne. A few years later she married Lon and the family added Don and Susan. The children who grew up as military kids moving annually (and sometimes more often) until the move to Lompoc, California in 1961. Janie put down roots; she was done with traveling the world. Lon continued his roving life, working overseas contracts until his unexpected death in 1973.

In Lompoc Janie was involved in her family, church, community, and work for 48 years. They were among the happiest and, also, most challenging years of her life. In 2009 Janie moved to Poway to be closer to Dianne and her family. Janie loved and served God. For several years she enjoyed the monthly OK Club Lunches at  Penãsquitos Lutheran Church. She slowly made new friends at her care facility, Boulder Creek Post Acute (formerly Villa Monte Vista). Sunday services led by volunteers from Maranatha church were the highlight of her week at Boulder Creek.

The family would like to thank the team of physicians and caregivers who cared for Janie over the last ten years of her life. All of you added to the quality of her life. Our appreciation to Sonata Hospice for their care.

Memorial Gifts may be made to Peñasquitos Lutheran Church, Friends and Family Community Connection, or North County Inter Faith Council.

To send flowers to the family or plant a tree in memory of Janie Brown Meredith, please visit our floral store.