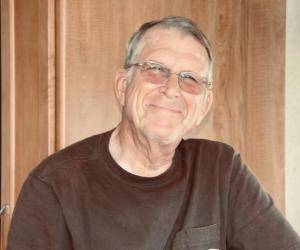 On Saturday, July 6, 2019, Jon Everett Kleinhans, loving husband, brother, and uncle, passed away at the age of 79.
He is survived by his wife Linda, his step-children, Eric and Lisa, grandchildren, Brandon and Melanie, his sisters Janis and Marla, and several cousins, nieces, and nephews.
Jon was born on June 30, 1940 in Saginaw, Michigan to David and Velma (Smith) Kleinhans. He was the first of five children.
He enlisted in the United States Navy in 1958, serving for two years of active duty. He served another four years in the naval reserve while attending Michigan Technological University, where he received his Bachelor of Science in Electrical Engineering.
In 1966, he was hired by General Dynamics Electronics in Rochester, NY where he pursued an exciting career in engineering. In 1970, he married Joan Hood. Upon the closing of the Rochester operations in 1971, Jon relocated with GDE (now BAE) to San Diego, CA. He retired in1998 after 10 years as Engineering Manager, a total of 32 years.
He and Joan enjoyed traveling to several countries, as well as taking road trips in their RV across the USA and Canada. Jon was devastated when Joan died of cancer in May of 2000.
He met Linda Charriere in 2001, and together, they’ve enjoyed many years of travel and camping trips. They were married in 2008. Linda has a son, who is married with two children, and a daughter. Jon was pleased and proud to become a father and grandfather when he joined his life to Linda’s.
Jon had a passion for scuba diving, snorkeling, and hiking trips with his GDE buddies. He also enjoyed working on his “acre of weeds” in Poway and building all sorts of projects. His most creative project was making wind chimes using empty dive tanks.

To send flowers to the family or plant a tree in memory of Jon E. Kleinhans, please visit our floral store.

You can still show your support by sending flowers directly to the family, or by planting a memorial tree in the memory of Jon E. Kleinhans
Share a memory
© 2020 California Funeral Alternatives. All Rights Reserved. Funeral Home website by CFS & TA