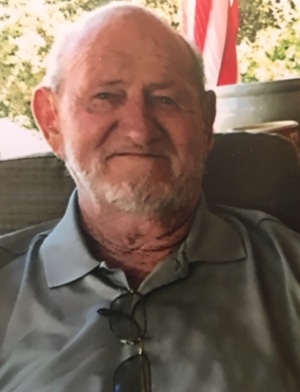 Joseph John Slobodny passed away on May 6, 2019 surrounded by his loving family at his home in Escondido. Joseph was born in Stanton, Nebraska on April 19, 1927 to Fred and Marie Slobodny, the youngest of their 3 children. He lived a rural life and spent much time outdoors hunting and fishing. Joe was Patriotic and at just 17 joined the US Navy to fight in World War II. He served for 23 years and in 3 wars. He earned a Bronze Star during the Vietnam War. He loved traveling the world and most enjoyed the years spent teaching at the 32nd Street naval base in San Diego. Joe retired as a lieutenant and went on to work for the city of Escondido as head electrician for 15 years and then retired remaining in Escondido. Joe met his wife and soul mate Joanne Duryea in Lexington, Nebraska in 1949. They were married in 1951 and enjoyed 58 wonderful years together. After raising their children they spent much time together traveling in their 5th wheel, attending many musical venues, especially Dixieland and barbershop of which they both were members, plays and musicals. Joe always had a huge garden and an annual event at their home for years was their Corn Party with many friends and family in attendance. Joe was an athlete and enjoyed golfing, fishing and playing league doubles tennis with his best friend Steve Hoffa. He also loved to watch sports and was a huge Charger and Padre fan. They raised 6 children together as they moved 9 times around the country during his Navy career. His children fondly remember him as a dad that could fix anything, encouraged them in all their endeavors, gave them his unconditional love, and instilled a love of nature in them all. They all have fond memories of family camping trips exploring beautiful places, fishing and hiking. He often said that Nature was his religion. Joe and Joanne settled in Escondido and over the years their home became the central gathering place for their 6 children and their families. They all have such fond memories of times spent together for holidays and special occasions. Much of it spent on their large, wonderful porch sitting on the porch swing Joe had made, overlooking their property. Joe was a beloved husband, father, father-in-law, grandfather, great grandfather and friend. He is proceeded in death by his wife Joanne, his son Joseph John Slobodny, Jr. and son in law Sid Rhodes. He is survived by his daughters Debbie Williams (Stu), Barbara Slobodny (Barb), Terri Rhodes, Mary Slobodny (Deb), and son Paul Slobodny (Mack), Grandchildren John and Marissa Williams, Trevor Slobodny (Renae), and Ruby Manchester (Jason), Great grandchildren, Pierce and Cali Manchester, Daughter-in-law Eleanore Slobodny. Also, his later in life love, Jackie Koenig whom he spent a wonderful 10 years enjoying shared family, hundreds of plays, good food and laughter. In lieu of flowers, donations can be made to the San Diego Audubon Society at 4010 Morena Blvd. San Diego, CA 92117 or sandiegoaudubon.org in memory of Joseph Slobodny.

To send flowers to the family or plant a tree in memory of Joseph John Slobodny, please visit our floral store.

You can still show your support by sending flowers directly to the family, or by planting a memorial tree in the memory of Joseph John Slobodny
Share a memory
© 2020 California Funeral Alternatives. All Rights Reserved. Funeral Home website by CFS & TA