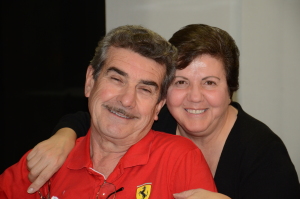 Remo Scarinci (71) passed away peacefully on July 28, 2019 at his home surrounded by his loving family.  He was the husband of Irene Scarinci with whom he shared a loving marriage for forty four and a half years.

Born in Crecchio, Italy April 25, 1948, Remo was the son of Carlo and Angela Scarinci, brother to Lucio Remo, Rita and Luciana.  He lived in New York throughout his young adulthood, served proudly in the U.S. Army 1969-1975, then later resided in San Diego where he ended a 30 year career at Delta Airlines before blessing his family with an early retirement.

Remo, or “Ray” to those who knew him well, was a member of San Rafael Parish in Rancho Bernardo, California.  He enjoyed playing soccer in his youth, bocce in his golden years, cooking and passing his traits and heritage on to his loving family and grandchildren.  He will be remembered most for his carefree persona, patience, charm, and welcoming humorous attitude.

In lieu of flowers, Irene has requested that donations be made to the Alzheimers Association at http://act.alz.org/goto/Remo_Scarinci

To send flowers to the family or plant a tree in memory of Remo Scarinci, please visit our floral store.