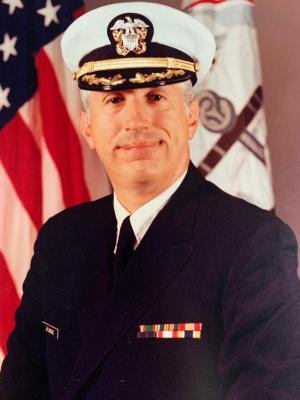 He attended Central Missouri State University where he met Elaine Craft who became his loving wife over 60 years ago, as soon as they graduated from college.  He went on to earn his M.D. from University of Missouri, intern at Denver General Hospital, and serve 27 years in the U.S. Navy.  His pediatric residency was done at Naval Hospital, Philadelphia and Children’s Hospital of Philadelphia.   His next assignment was as Chief of Pediatrics and Executive Officer of Naval Hospital, Port Hueneme, CA.

Following his 1991 Navy retirement, Dr. Browning earned an Associate of Arts degree in fine woodworking from Palomar College and earned ribbons at the Del Mar Fair for furniture he had built.  Many of his pieces adorn homes of friends and family across the country to this day.  His next endeavor was as Volunteer Enrichment Coordinator at Twin Peaks Middle School where he enhanced a program of 3 volunteers to 125 people who added classroom enrichment from varied fields to the students’ learning.  For this he was given a PTA Honorary Service Award.

Always, his family came first--making some career choices with their happiness in mind.  He was an attentive father and grandfather, supporting at Indian Guides and Boy Scout events, coaching AYSO soccer, and cheering at many sports games for both generations.  He and Elaine enjoyed traveling to all 50 states and many other countries and islands until Parkinsons made this impossible.   Besides Elaine, he leaves sons he cherished--David (Kari), Jeff (Laura), and Rob (Diane); grandchildren he adored--Jessica, Nicole, Emily, Allyson, Evan, and Maddie; and step-grandchildren he welcomed--John, Chris, and Colin Brennan and Alec and Jordyn Liburdi.

A celebration of Dr. Bob's life will be held on August 6, 2019, 10:30 a.m., at Rancho Bernardo Community Presbyterian Church.  Interment will be at Miramar National Cemetery with military honors.

Donations may be made to Parkinson's Association San Diego in memory of Robert W. Browning  if desired.

To send flowers to the family or plant a tree in memory of Robert W. Browning, please visit our floral store.