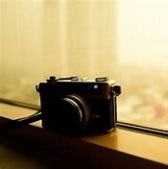 San Diego — Russell Ray Breese, 89, passed peacefully on Thursday, August 29th, 2019 at Villa Rancho Bernardo care center in Poway with his family by his side.

Born March 17, 1930 in Los Angeles, CA, he was the oldest son of Raymond and Carolyn Breese. The family later moved to San Diego where Russ attended Kearny High School. He was an accomplished student and athlete, playing varsity basketball and football. Russ also developed a passion for photography, later becoming a wedding photographer, and was regularly published in many of Kearny’s newspaper editions and yearly annual publication.

After graduating from Kearny High School in 1948, he joined the U.S. Naval Reserve serving for over six years as a selective reserve in a training status where he attained the rate of Yeoman, Third Class. At the same time, he attended San Diego State University, completing courses in industrial engineering and later earned his MBA from National University. In 1956, he met, and later married, Peggy Gustafson.

Russ and Peggy resided and raised their three children on Mammoth Drive in the Mission Village area of San Diego for over 52 years. He worked for General Dynamics corporation for 39 years, leading to a final position as a senior industrial engineer specializing in plant operations.

Russ was very active in his community serving as the president of the management club for many years. As his children grew, Russ was a volunteer coach for many of his children’s activities including baseball coach and scout master for cub scout troop 240.

A memorial service and celebration of life for all who would like to attend is tentatively pending at Serra Mesa Christian Fellowship on October 19, 2019. A private burial service will follow.

To send flowers to the family or plant a tree in memory of Russell R. Breese, please visit our floral store.