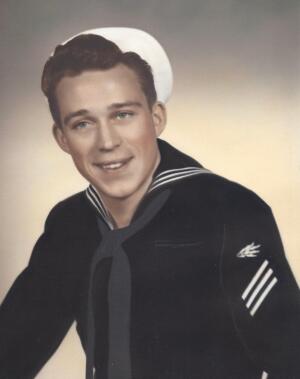 Adam was a kind, loving, passionate, fun loving person. He was born and raised in Poway, Ca. He graduated from Poway H.S. and earned his AA degree at Palomar College. At an early age, Adam developed a passion for building model cars, boats, planes, helicopters, drones, you name it. He developed a skill for operating many of his meticulous creations using radio control equipment and even built a miniature steam boat for his son before his birth.  Adam and a colleague received special honors from Chrysler for their “Dream Car CAD” contest, in his last year at Poway H.S. A prototype of his latest invention, a prototype portable Positive Air Flow Ultra Violet Light respirator to assist Covid-19 patients, was in the final stage of completion.

He enjoyed football, surfing, snowboarding, fishing and most recently, restoring and building boats of all types and sizes.  He loved being on the water whether in San Diego on his classic Chris Craft named “Old Faithful” or in the family’s Boston Whaler on Lake Bellaire, Michigan.

Beginning in his early teens he was determined to tone his body and developed an interest in bodybuilding. Running and working out became a passion as well as a therapeutic activity for him in his later years. Adam always enjoyed the attention he received and was most recently featured in a music video of a local artist that he was very proud of.

Adam and his partner Andrea Balestrieri brought their son Luca to this world in 2009. He loved them both immensely. He played a significant role in fathering Luca as he was a stay at home dad in Luca’s early years.  When Luca entered elementary school, Adam worked part time at Luca’s school.  The children at the school adored Adam’s warm and youthful personality. People often commented that Adam was not only a father to Luca, but his friend. Luca shared in many of his father’s interests and has developed a formidable set of water craft and boating skills passed on to him by his father.

Adam battled with substance abuse. He was recently diagnosed and being treated for bipolar disorder. He lost this battle. Adam will always be in our hearts and in our prayers. He is deeply missed by his family and the lives he touched.

Adam is survived by his son Luca and partner Andrea Balestrieri, his parents Rudy and Rosemarie, his brother Rudy (Melissa), nieces and nephews Tucker, Cooper, Kyla, Micah and Tessa.

Please do not send flowers and consider donating to a mental health charity of your choice.

To send flowers to the family or plant a tree in memory of Adam Joseph Wolf, please visit our floral store.

You can still show your support by sending flowers directly to the family, or by planting a memorial tree in the memory of Adam Joseph Wolf
Share a memory
© 2021 California Funeral Alternatives. All Rights Reserved. Funeral Home website by CFS & TA | Terms of Use | Privacy Policy