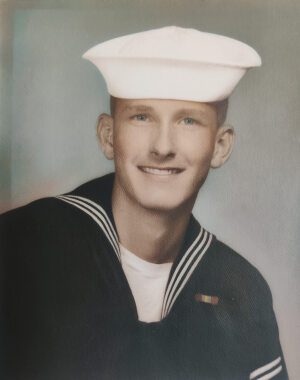 On Sunday, August 2, 2020, Douglas Grant Conner, loving husband, father and grandfather passed away due to complications from lung cancer.  Doug fought hard, but lost his 6-year battle and entered eternal life at the age of 72.  He is survived by his wife Johanna, two daughters Carolyn and Jennifer, from a previous marriage, his mother Riley, brother Curtis, sister Janet Eileen, and 3 grandchildren.  He was preceded in death by his father Hubert.

Doug was born on July 2, 1948 in Pasco, WA, to Hubert and Riley Conner. During his military service he married his first wife, Jane, and raised two wonderful daughters.  On August 8, 1998, he married Johanna Maria Chu.  Doug served his country by enlisting in the Navy, reaching the rank of Operations Specialist Chief.  He served honorably for 27 years which included several tours in Vietnam, stationed in-country at Inshore Undersea Warfare Group-3 (IUWG-3) and received the Vietnam Service and Vietnam Campaign medals while in a combat zone.  After Doug’s retirement from military service, he joined the Department of Defense where he worked for over 20 years, retiring at the GS-13 Level as a Quality Specialist.  He continued his work as a contractor at SAIC supporting numerous U.S. Navy programs until he fell ill to cancer.

Doug was known as a strong contender in badminton sports where not many could play at his level.  His passion for sports include golf and billiards.  He is recognized as a skilled competitor that led him to win multiple tournaments.  Doug possessed unique skills and was admired for these as well as his wit and sense of humor.  Doug was not only a wonderful husband, father and grandfather, but a trusted friend and colleague that will be missed dearly, most notably his generosity and never-ending kindness to everyone.

Military interment at Miramar National Cemetery, San Diego, will take place at a time yet to be determined.  In lieu of flowers, donations may be made in his honor to the American Cancer Society.

To send flowers to the family or plant a tree in memory of Douglas G. Conner, please visit our floral store.