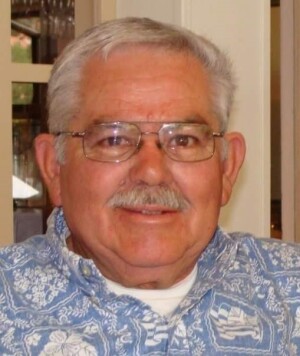 On Tuesday, September 20th, Edward L. Olivas, a beloved husband and father passed away peacefully at home. He was eighty-three. Born to Edward and Chris Olivas in Los Angeles on February 3, 1939, Ed paid to put himself through a private high school after his father passed away at an early age. He proudly went on to join the Air Force and serve his country. After his service he joined Pacific Bell which later became AT&T and worked there as an engineer for over thirty years. He loved his time with AT&T and if you knew Ed then you knew his love of telling you the proper way to climb a telephone pole followed up with “Let me show you my boots!”  After all everyone should properly know how to properly climb a phone pole! His love of his job was so great he went back after retirement on a consulting basis to teach young people installation, repair, safety, and of course pole climbing. He loved being high in the sky! After moving to San Diego, he met his beautiful wife, Willa Olivas. They were together for nearly 30 years.

Ed and Willa enjoyed traveling the country and world trips to Europe and Mexico. He enjoyed frequenting Las Vegas with his brothers-in-law. But their favorite place was Hawaii to which they made eleven trips. Ed loved his Hawaiian shirts and enjoyed having Willa relax on the beach while he showed off his surfboarding skills. He loved adventure, especially a skydiving trip with his daughter. He was an avid reader so much so that he even read the dictionary on a regular basis. He was a history enthusiast, enjoyed watching sports, and taking daily long strolls through Seven Oaks with his treasured dog Pepe.  Ed was immensely pleased to be the father of his three amazing children! Ed was a proud man, but a gentleman to the end. He was frequently seen accompanying Willa and holding her brightly colored purses on his shoulder, so her hand was free to hold his hand, bringing smiles to us all.

To send flowers to the family or plant a tree in memory of Edward "Ed" Olivas, please visit our floral store.