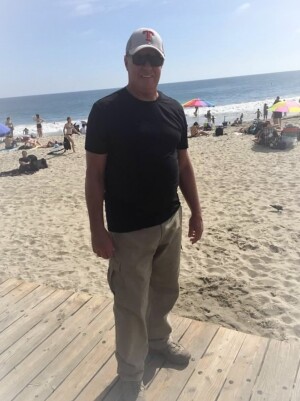 Gary Robert Denlinger, an educator, father, and friend died after a brief battle of cancer on October 22, 2020 at the age of 72 in San Diego, California.

A Celebration of Life honoring Gary will be held at a later date.

Gary was born in Dayton on January 8, 1948 to Robert Denlinger and Mary Ellen Riber. He graduated from Heidelberg College in 1970 with a degree in Secondary Education.  His professional accomplishments were impressive.  Soon after obtaining his BS at Heidelberg, he acquired his MS at Wright State University, while teaching at Northmont High School in Dayton.  It did not take long for him to find success as a High School Administrator and eventually as a District Superintendent in Oxford by the age of 35.

In 1970 he married Janet Watkins, his high school sweetheart, and they shared two sons, who were always an important part of his life. In 2002, Gary married Margaret McCollum, the love of his life. Over the past several years, Gary, Margaret, and their canine children enjoyed many happy moments together.

Gary was a positive man and welcomed all with a smile, warmth, and empathy.  He had charisma and always commanded the attention of the room.  His wit was sharp and he was always many steps ahead of the rest.  He had a strong character and never hesitated to do what was best, regardless the judgment of others.

Gary was a renaissance man as was evidenced by his love for gardening, passion for Harley’s, natural athletic ability, and fervor for art and literature.  What’s more, is that he went out of his way to share these skills with those around him.  Furthermore, he was a great provider and loving father.  He taught his children to be respectful, love all people, and most of all to embrace life.  Gary was an inspirational person and he will be deeply missed by his family, friends, and all who knew him.

Gary was preceded in death by his parents, Robert Denlinger and Mary Ellen Riber, and his sister, Karen Libero. He is survived by his wife, Margaret McCollum, his two sons Doug Denlinger (Tish) and Adam Denlinger (Leslie), his two grandchildren, Lauren and Drew Denlinger, the mother of his children, Janet Blackburn and his brother, Ron Denlinger (Jane).

People wishing to honor Gary and his commitment to community can make donations to the German Village Society at:  GERMANVILLAGE.COM

To send flowers to the family or plant a tree in memory of Gary Robert Denlinger, please visit our floral store.

You can still show your support by sending flowers directly to the family, or by planting a memorial tree in the memory of Gary Robert Denlinger