Share a memory
Obituary & Services
Tribute Wall
Donations
Read more about the life story of Heather and share your memory.

On January 6, 2023, at 6am PST, Heather Jean Read passed quietly in her sleep at the age of 91.  Her passing was the result of a long ongoing and progressive decline due to dementia and Alzheimer’s.  She leaves behind her three beautiful children; Sherri, Linda, and Brent, grandchildren; Haley, Alex, and Joshua, as well as her great grandchildren; Macie, CJ, and Mikah.  Heather was one of six children and is survived by her remaining brother Peter and his family.

Heather’s original roots can be found in Maine where she graduated from Pittsfield’s MCI, Maine Central Institute, and found adventure with new horizons by joining the Navy right after High School.  Her short term of service found an end in the Navy after two years and romance where she met and married Fred W. Read while he was processing out of the Navy as well on Treasure Island, CA.  The two helped bring three amazing children into the world.  Unfortunately, after eleven years the marriage ended in divorce.  With God’s help, Heather kept a vow she made to her kids while they were growing up in CA.  She promised they would have a roof over their heads, a place to call home, and not move until they were done with high school.  It’s that promise and her devotion to help each of her kids find their way in life and a relationship with Christ that provided stability while navigating the many challenges of raising three children as a single parent.

To know Heather is to love her.  Standing only 5 feet 5inches tall, she was a force to be reckoned with when it came to doing the right thing, especially helping others.  It was not uncommon for her to give you what she had, literally the shirt off her back, if she saw that you needed it.  Her laughter and personality would fill a room and typically made an entrance that left a lasting impression, especially when it came to letting others know they were loved by Jesus.  One of her common ways to greet people would be to give them a big hug followed by, “The good Lord loves you and so do I”, and then give them a kiss on the cheek.  Heather’s direct approach to crash through boundaries and stereotypes by genuinely loving from the heart, left most speechless as Christ used her to reach those that others missed an opportunity to love.

She liked to cook but it was her pies, especially apple, that brought smiles to family and friends alike.  She also enjoyed the rain, children, the beach, watching the birds, 31 Flavors ice cream, Marie Callendars, her Maine roots, sending thoughtful cards on all occasions, and especially her children, grandchildren, and great grandchildren.  Heather Jean will be greatly missed and remembered for the way a small woman from Maine made a big imprint with her life to let those around her know they are loved, with hugs and kisses, by a personal Lord and Savior, Jesus Christ.

To send flowers to the family or plant a tree in memory of Heather Jean Read, please visit our floral store. 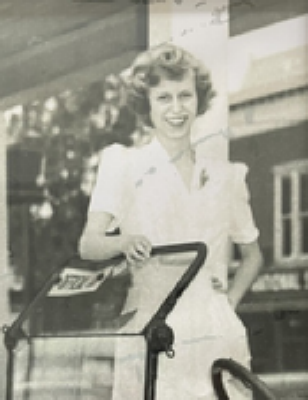 You can still show your support by sending flowers directly to the family, or by planting a memorial tree in the memory of Heather Jean Read
SHARE OBITUARY
© 2023 California Funeral Alternatives. All Rights Reserved. Funeral Home website by CFS & TA | Terms of Use | Privacy Policy | Accessibility