Share a memory
Obituary & Services
Tribute Wall
Donations
Read more about the life story of Jean and share your memory.

Jean Alice Harrison Miller, born April 9, 1919, was the oldest child of Carl Warner Harrison and Ida Bloom Harrison. She was born in Magna, Utah. When Jean was just eight years old her father was taken from the family due to an auto accident.  Her life became harder as she took on the role of tending her four younger siblings when her mother had to go to work. Though her mother was educated, work was difficult to obtain, since jobs generally went to men as the sole support of most families. Ida took what she could get; jobs that included taking in washing and ironing, cleaning homes, serving food in other people's homes and cleaning movie theaters in downtown Salt Lake City. Sometimes she didn't get home until nine or ten o'clock at night.

Luckily the little family lived near Ida's relatives, and they looked after one another. One of Jean's favorite memories was of her grandmother Bloom taking her on streetcar rides to the end of the line and back. At one time the family lived in a duplex near railroad tracks, they heated water on a coal stove and collected coal “clinkers” that fell from the coal cars. Of course, there was the traditional outdoor plumbing behind the home.

She and her two sisters played together, made hollyhock ballerinas and Jean dreamed of becoming a dancer. As she became a teen, she was able to make money child tending and other ways. She took dance lessons at the Martel studio in Salt Lake. This gave her confidence on stage and, billed as The Figurettes, she and her friend Helen Welti danced soft shoe duets, wearing costumes made of cellophane. Another dance featured them holding little cocktail glasses that were supposed to be filled with the bubbly. Harold (Hal) Miller, who later became her husband, drilled holes in the glass bases at the bottom of the stems, ran thin wires through them to tiny battery powered bulbs in the glasses.

She and Helen eventually landed jobs in the Will Rock Traveling Magic Show. The girls were about the same size, so they became the woman who was sawed in two. Jean said she was mostly “the feet”. They crisscrossed the United States for about a year and a half, and she regularly sent money back home to Ida. When World War II began, the “boys” in the show left for the armed forces and the show disbanded. She married Hal in 1942 and began the family that eventually counted three sons.

While they still lived in Salt Lake City, Jean became a member of the Church of Jesus Christ of Latter-day Saints and, as she often said, “I was baptized a member and never looked back.” She sought to maintain a cheerful countenance and kept worries to herself.

Jean took on different interests and was active in acting as a judge in the voting process in Mar Vista, California. Jean learned to drive after the age of fifty. She decided to go the local college and brush up on certain skills and was told by the female instructor that she should make room for a younger student because she was too old to learn what was current. Jean surprised that teacher by getting the best grades in the class.

Jean always maintained an active life, exercised, walked briskly and even in her nineties she attended yoga classes and took advantage of exercise tapes. At her ninetieth birthday celebration she could still play kickball with the grandchildren of the family.

Jean moved to Carlsbad, California in 2008 when she was eighty-nine years old, said goodbye to her Mar Vista home of fifty-six years, and once again, “never looked back”. She passed away at her home in Carlsbad on Tuesday, January 17, 2023. A memorial service will be held January 21, 2023 in Carlsbad, California. She will rest in peace in the Mount Olivet Cemetery in Salt Lake City near her mother, father and many family members on January 24, 2023.

In lieu of flowers, please donate to a charity of your choice in Jean’s honor.

To send flowers to the family or plant a tree in memory of Jean Alice Miller, please visit our floral store. 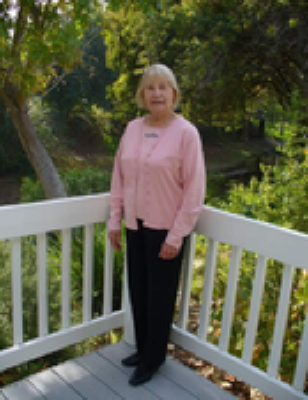 You can still show your support by sending flowers directly to the family, or by planting a memorial tree in the memory of Jean Alice Miller
SHARE OBITUARY
© 2023 California Funeral Alternatives. All Rights Reserved. Funeral Home website by CFS & TA | Terms of Use | Privacy Policy | Accessibility