Share a memory
Obituary & Services
Tribute Wall
Donations
Read more about the life story of Judy and share your memory.

We are sad to announce that Judy Arlene Angle passed away at the age of 73 after a brief illness on
Saturday January 7th 2023 at Scripps Mercy Hospital in San Diego.

Judy was born to Rheba and Clarence Angle in Bethesda, Maryland on July 8, 1949. In 1954 the family
moved to Bellefontaine, Ohio where Clarence and Rheba purchased a farm and built a house. There
Judy, Terry and Steve grew up surrounded by many aunts, uncles, and cousins. After graduation from
high school, she attended Bowling Green University where she earned her undergraduate degree then
attended Ohio State University for her master’s degree in Physical Therapy. Her professional career took
her to Naples, Florida, then to the Southwest and finally to San Diego, California where she lived until
her death. She was married briefly in 1976 to Charles (Corky) Klein Jr. but never had children. She was
preceded in death by her parents and a nephew, Dustin. Surviving are her brothers, Steve (Tina) and
son, Scott and brother, Terry (Joan) and sons Thomas and Colin. Also surviving her are grandnephews
Jackson and Finn.

Judy followed her own path in life, she was a happy person with a bright spirit, cheerful personality and
always a positive attitude.

Judy had strong spiritual beliefs and was a student of several religions, meditation, and spiritual healing.
She was an avid collector of spiritual items including crystals, gemstones, sculptures, and books. She
loved animals and had several cats over the years. While living in Florida she had a macaw and several
large parrots.

Judy believed that she would leave her physical body, but her spirit would live on and never die. We look
forward to seeing her in the next world.

Her remains will be cremated and there are currently no plans for a memorial service.

The family request no flowers. Donations can be made to https://tripura.kindful.com/

The Tripura foundation is an organization that Judy supported and volunteered for.

To send flowers to the family or plant a tree in memory of Judy Arlene Angle, please visit our floral store. 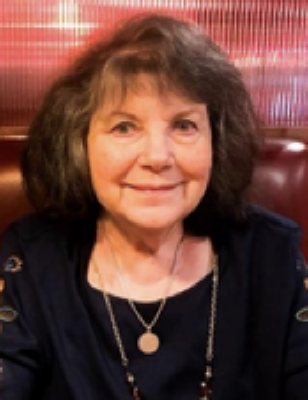 You can still show your support by sending flowers directly to the family, or by planting a memorial tree in the memory of Judy Arlene Angle