Plant a tree in memory of Maria
An environmentally-friendly option 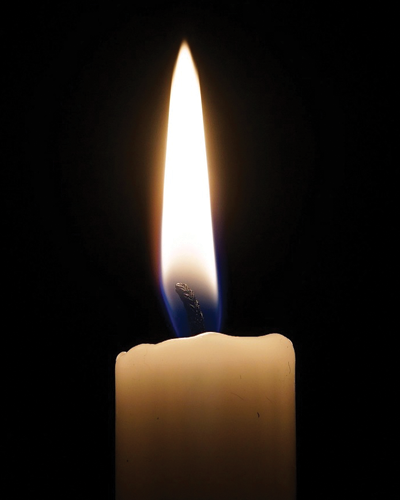 Maria Elena Peña-Morales passed away peacefully, overlooking her beloved Torrey Pines beach in San Diego, California, on July 26, 2021, with her husband Hugo and sister Esther at her side. Maria was born on January 10, 1964 in Oakland, California to parents Raul Peña and Esther Fragoza. Maria attended St. Cyril’s parochial elementary and Bishop O’Dowd High School where she excelled in academics and sports, in particular, basketball. She went on to attend Chabot College in Hayward with an emphasis in business administration.

Maria lived in Bloomington, Illinois where her two sons, Rex and Blake, were born, then moved to San Diego, California in 1997 where she did business consulting before starting her own real estate business known as TeamQ. At the same time, she joined Business Network International(BNI). She was a natural leader and was known for her high energy, enthusiasm, positivity and perseverance.

Soon after moving to San Diego, Maria met and ultimately married the love of her life, Hugo Morales. They married on April 20, 2002 and embarked on a loving romance that has lasted to this day. They were inseparable and supported each other through many personal and professional challenges along the way.

Maria was very active in her church and devoted to her faith, participating in her church choir and forming deep, loving relationships with her church family. Her belief in God and her spiritual strength were a major part of her life and her life’s purpose.

As the self-described “Captain of Her Ship”, Maria was driven to succeed, but with a level of kindness, humility and a keen sense of empathy that made everyone around her smile. And that famous smile radiated in such a way that people grew to love her.

Maria was fun. Her laughter filled the room and was contagious. She always made sure others were comfortable and felt special.

After a prolonged battle with breast cancer, Maria’s family is comforted knowing that she is now at peace. She was preceded in death by her father, Raul A. Peña, and is survived by her beloved husband Hugo, her sons Rex Hindrichs, Blake Hindrichs, daughter Krystal Morales-Dyer, granddaughter Clara, her loving mother Esther Fragoza, her sisters Esther Peña and Graciela Peña, her brothers David Peña, Carlos Peña and Raul Peña, and her nieces Alicia Bookman, Kristina Peña, Isabella Peña and Michelle Peña.

A private celebration of life will be held on September 18, 2021 at her home with immediate family and shared virtually for those who would like to attend.

Plant a tree in memory of Maria by clicking here.
To send flowers to Maria's family, please visit our floral store.

A service summary is not available

Plant a tree in memory of Maria
An environmentally-friendly option

Plant a tree in memory of Maria

11 trees planted in memory of Maria

Our thoughts are with all of Maria’s friends and family. We will miss Maria so much! ❤️
John and Dawn Chinello

Maria,
You were a light and an inspiration to all who were fortunate to cross paths with you. Your life is an example of how we should embrace each day with passion, love, faith & compassion.
Love Rose and Victor

Dear Sweet Family of Maria, My condolences for your loss. She was such a good person and always so kind and did smile a lot. Loved to see and hear he sing at church. She was so loved by you all.
Mitzi Kilfoyle Burnett

A Memorial Tree was ordered in memory of Maria Elena Peña-Morales by Mitzi Kilfoyle Burnett.  Plant a Tree

Oh how we love her....she changed our lives with her love and grace and example.  I could always count on her and will miss her incredibly.   THe Koffi's will always remember her impact on our lives....we love you Hugo and family and send our deepest condolences.   There aren't many people like her on this planet

In memory of my beautiful daughter who inspired me as so many others. I am consoled by the fact she is no longer in pain. She is in God's hands and in peace. I love you forever.
Mama

A Memorial Tree was ordered in memory of Maria Elena Peña-Morales by Mama.  Plant a Tree

Plant a tree in memory of Maria