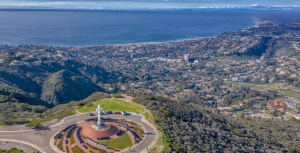 Odette Piovanacci Filloux passed away peacefully on December 29th, 2020 at her home, with her husband by her side.  Odette was born on January 11, 1929, in Oran, Algeria, the daughter of Maurice Piovanacci and Marie Louise Piovanacci, where she grew up with her younger sister, Claudie.  Odette loved her homeland and often climbed the mountain of Santa Cruz in Oran with her father, who taught her how to breathe deeply at the top.  As the oldest daughter, she was a tomboy of sorts, and acquiesced to the dares her father suggested, such as being a fierce swimmer.  After receiving her Baccalaureate in Oran, Odette studied visual art in Paris, where she met and fell in love with Jean Henri Filloux, an electrical engineer from Guéret, France.  Jean sailed with a crew in the first crossing of the Atlantic in a catamaran, called the Copula, and Odette designed the book jacket for Jean’s book about his crossing and painted posters for a film about it.  Odette and Jean married in Oran, Algeria, in 1953.  They took a ship from Le Havre after their wedding, bound for the United States, where the couple embarked on a project to build one of the first laminated fiber glass sailboats in Havre de Grace, Maryland. After the boat was completed, their first son, Francis was born, in 1956, and he lived on the boat La Creuse with his parents.

The couple and Francis traveled to San Diego, California; Jean sailed the boat through the Panama Canal to San Diego and they settled in La Jolla, where Odette taught French at Bishop’s School, and Jean earned his PhD in marine geophysics at Scripps Institute of Oceanography.  He also worked at General Atomic, and then had a long career working at Scripps. Their first daughter, Catherine, was born in La Jolla in 1960 and they moved from their small bungalow at The Shores to their current home on Sugarman Drive.  Dominique, their second son, was born in 1962, and Marianne, their second daughter, was born in 1966.  Odette loved the Pacific Ocean, and the family trips to the top of Mt. Soledad in La Jolla reminded her of her trips to the top of Santa Cruz in Oran.  She continued the ritual of breathing deeply at the top of the mountain with her family.  Odette adored the geography of La Jolla and the site of Scripps Institute and the pier, where the entire family, their friends and neighbors found a special and regular backyard.  Odette loved to swim and loved to watch her children swim; Marianne was known to spend long periods of time in the waves, and the entire family would sometimes need to call her back to shore.  Dominique was an avid diver and sportsman, Francis was grinding a lens for a telescope at a young age, so he could see the stars and Catherine learned to write from her mother.  Odette was a phenomenal mother who had a special, individualized relationship with each of her children and grandchildren; she was always their biggest fans and also shared with them her infectious sense of humor that was passed on to the next generations.  Games such as “Is this piece of cheese broken?” seemed to be passed on through the DNA.

Odette subsequently taught French literature at the University of California, San Diego, and was a natural teacher of language.  Odette was fully bilingual in French and English, a passionate reader, writer, visual artist and crafts person.  Both her parents and Jean’s parents traveled regularly to the U.S. and in the summers, Odette would take the children to visit their grandparents and relatives in France.  She had a strong, loving relationship with all of her and her husband’s relatives, some of whom had been repatriated to France from Algeria.  Odette had a wide diversity of friends and neighbors and attended a variety of Catholic churches in La Jolla, creating a cherished community there, as well as in her treasured book groups; with the Oceanids; and the local French-speaking community, including Anne Lampert and Jacqueline Winterer.

Odette’s neighbors across the street, the Schultz’s, whom she met when Jean and Odette moved to Sugarman Drive, became family to the Filloux’s.  Shelly and Carol, and their children Mark, Laurie, and David traveled extensively to Baja California and to many other U.S. camping sites.  Odette had the great fortune and joy to be with them on Sugarman Drive for a lifetime.  Odette also became beloved family to Rosita and Leonardo Cavallaro, the Italian couple, who lived across the street.

Odette wrote poems for her friends for special occasions, which she would read beautifully and then offer in handwritten copies.  She loved to regale her children with opera, and songs.  When the family traveled through Ramona on their way to hike in Cuyamaca and Anza Borrego, she would break into the song, “Ramona,” which was a special song in Algeria.  At home she would break out with such standards as “Sugar on the Floor” and “Sometimes I Feel Like a Motherless Child.”  Odette had a special bond with Antonia Olvera, who helped take care of her four children.  She was a fearless cook, creating delicious meals for a large number of people, knowing what unusual dishes her children and grandchildren preferred, such as zucchini casserole, beef tongue with capers and breaded brain.  Odette loved to camp with her husband Jean, and the couple drove their Travelall (a purchase inspired by Shelly Schultz) all the way to Guatemala in 1977 and to Alaska and the Arctic Circle in the 1990’s.

Odette and Jean loved music from countries around the world; traveled together to many places including New Zealand, Rarotonga, Spain; as a nuclear family the six members camped and traveled in Mexico, to the Yucatan, Chiapas, Oaxaca, for months at a time, living sometimes on salami and granola.  Odette loved with all her heart and soul the family she and Jean created which includes their children: Francis Filloux, a doctor, his wife, Ruth Hegeman Filloux, a doctor, and their two children, Claire and Madeleine; Catherine Filloux, a playwright, and her husband John Daggett, an actor; Dominique Filloux, an engineer, his wife Diana Barber Filloux, an accountant, and their four children, Véronique, Christian, Gabrielle, Valérie; and Marianne Filloux, an art teacher, and her daughter, Marguerite Gaillard. When the family traveled through beautiful landscapes Odette would always say, “Regardez le paysage, comme c’est beau.” And when she saw a certain kind of flower, for example, purple thistles, chardons, she would ask Jean to stop the car so she could pick some.  He would kindly pull over as she exited the car.  Odette Filloux will always remain in these sacred places. Most especially she will remain with her family, friends, relatives and neighbors, too many to name for lack of space, with her beautiful smile and her word, “Courage!”

To send flowers to the family or plant a tree in memory of Odette (Piovanacci) Filloux, please visit our floral store.

You can still show your support by sending flowers directly to the family, or by planting a memorial tree in the memory of Odette (Piovanacci) Filloux
Share a memory
© 2021 California Funeral Alternatives. All Rights Reserved. Funeral Home website by CFS & TA | Terms of Use | Privacy Policy