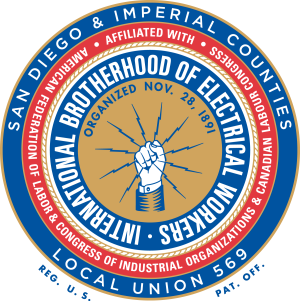 Ray Richard Thomas Jr., age 74, drifted into his next destination the afternoon of May 26, 2022 with his family by his side in Vista, Ca.

Ray was born June 25, 1948 in Columbus, Oh. to Ray Richard Thomas Sr. and Margaret (Kokun) Thomas. The family moved to The Ocean Beach area of San Diego, Ca. when Ray was a toddler. Ray became an older brother to his siblings Deborah Lorrain Thomas in 1951 and Bruce Wayne Thomas in 1953. He told stories of growing up and skateboarding in the tanks of Sea World when it was under construction. After Ray graduated Pt. Loma High School in 1966 he entered the IBEW Local 569 as an Electrician Apprentice in January 1968. He became a Journeyman June 1972. His career afforded him unique opportunities to work different parts of the United States and traveling even as far as Guam. A highlight was working at Vandenberg Air Force Base near the Space Launch. He spent many years off and on working at the San Onofre Nuclear Power Plant beginning in 1968 when the Plant was first commissioned up until it was decommissioned in the 1990’s. Ray retired July 2009 and took pride in being a member of his Union Brotherhood Local 569 for 54 years up until he passed.

On November 1, 1969 Ray married Susan Lynn Martinosky. They went on to have 3 children, Angela, Alisa and Aaron. Ray and Susie were married for 40 years until her passing in November 2009. They raised their kids and stayed active in Girl Scouts which included having all cookies for North San Diego County delivered to their home to be dispersed out to Girl Scouts every year, active in Softball Coaching and League Management, Season ticket holders for the San Diego Chargers for years and avid San Diego Padres fans. They enjoyed camping at the San Elijo Beach and Carlsbad when the kids were growing up.

Our Dad died a very loved man. We knew him as humble and generous. He would do without to provide for his family. He had a great sense of humor, a love for fishing which turned into one of his greatest joys enjoying Charters with James and the crew on the Sauerfish. He treasured everything Christmas and passed on his love for the season to his grandson Dylan with their shared time preparing for the Season.

He spent the last part of his life on his own terms. You could find him in his recliner enjoying a High End Bourbon “3ish” fingers either enjoying a Hallmark Christmas movie (even in May) or listening to Oldies. Some of his happiest moments are when he could do this surrounded by friends and family.

In Lieu of flowers the family asks that you “over tip” your waitstaff at your next meal out in honor of Ray’s tradition of doing the same. Ray had hoped to live long enough to see the Padres win a World Series. It might be a little late asking for miracles, but Ray would appreciate folks sending up an extra prayer that Padres can at least make the play offs!

To send flowers to the family or plant a tree in memory of Ray Richard Thomas Jr., please visit our floral store.

A Memorial Tree was planted for Ray

You can still show your support by sending flowers directly to the family, or by planting a memorial tree in the memory of Ray Richard Thomas Jr.
Share a memory
© 2022 California Funeral Alternatives. All Rights Reserved. Funeral Home website by CFS & TA | Terms of Use | Privacy Policy | Accessibility