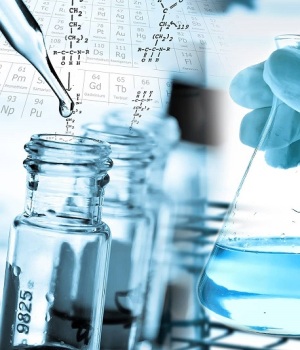 Young Kyu Park born in Daegu, South Korea, November 25, 1931 was raised with 4 brothers and a sister, all but one of whom he sponsored to immigrate to the United States. He graduated from the esteemed Keisung Academy a private high school in Daegu and was the chosen one student by his English teacher to translate Korean to English from the backs of Jeeps for US generals during the Korean War. Young jumped at the opportunity to come to the United States in 1953 to attend college in return for his help with the US army. He majored in chemistry at Wilmington College where he participated in a work program to help pay his way and eventually entered the school of pharmacy at The Ohio State University in 1957. One of two Asian students in the class, the seat next to him was left vacant for the other. Enter Sylvia Wang, daughter of Hua Chung Wang, the ambassador of the republic of China to Portugal who sent his youngest daughter to study where her two older sisters were, and the two immediately fell in love. They married August 7, 1960 and have three daughters Ann (Sharf), Susan (Gruesser) and Jennifer (Noone). Young’s successful career in research pharmacy started at Phillips Roxanne in Columbus Ohio and ended when he retired from Abbott Labs in North Chicago (at the age of 60) where he received a presidential award for the formulation of the epilepsy drug Depikote, reformulated Selsun Blue Shampoo and did the clinical trials on then new antibiotic Biaxin. In 1973 Young moved his youthful family from Worthington Ohio to Deerfield Illinois for the Abbott opportunity. Always with their eye on California, Young and Sylvia retired to San Diego in 1992 and have enjoyed traveling the world for pleasure and to see their 6 grandchildren Michael, Jackson and Maxine Sharf (Doug Schuessler), Abby (Gruesser) Hollender (Drew Hollender) and Kelsey and Jimmy Noone. Young loves Ohio State Football immensely, eating, cooking, red wine, grilling steaks, sushi, remodeling their home, dogs, Taffy, our cocker spaniel, smokey and snowball our beloved cats, many grand dogs and spending time with many friends. Young’s acute tastebuds allowed him to formulate many flavors professionally and recreate any recipe he tasted. When he would perfect a recipe he would say “ just like downtown” with a big smile. He celebrated their 60th wedding anniversary this past August and Sylvia is the love of his life. He’s an extraordinary father and grandfather instilling incredible confidence in all his daughters and grand children. He will be missed so much by all, including his three sons in law, Stu Sharf, Dan Gruesser and Jim Noone, whom as an exemplary father in law, guided by example.

Young Kyu Park left us January 18, 2021 leaving a huge chasm in our family. He is so deeply loved.

Sylvia and his family thank you for loving him for these past 89 years. We thank the nurses and doctors at Scripps Memorial La Jolla Hospital for their tireless care of both he and our mom.

His was a life well lived, full of love and family. We know he is hugging our beloved Taffy, who he tears up when thinking about her, even after 35 years since she’s gone.

A celebration of his life will take place around his 90th birthday this November in Chicago. Contributions can be made in his name to The Ohio State University School of pharmacy, https://www.giveto.osu.edu/makeagift/?fund=301069

To send flowers to the family or plant a tree in memory of Young Kyu Park, please visit our floral store.

You can still show your support by sending flowers directly to the family, or by planting a memorial tree in the memory of Young Kyu Park
Share a memory
© 2021 California Funeral Alternatives. All Rights Reserved. Funeral Home website by CFS & TA | Terms of Use | Privacy Policy